It's the follow-up episode, in which we talk about new releases on subjects we've covered before. (87:23) 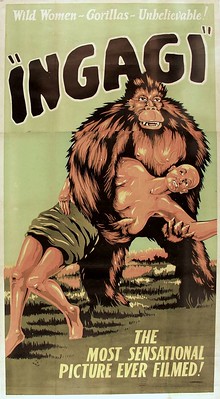 (1:41) Last March we talked to Bret Wood about Kino's Forbidden Fruit: The Golden Age of the Exploitation Picture series. One of the latest releases is a notorious hoax film, Ingagi—which purported to show a tribal ritual in which gorillas are mated with native women. In fact it combined old jungle expedition stock footage with scenes of zoo animals in LA and gorilla-suit actor Charles Gemora, leading to the FTC eventually banning it from further exhibition as fraudulent—but not before it made a ton of money, and got Gemora a role as another lusty gorilla in DeMille's The Sign of the Cross... not to mention convincing RKO that King Kong would be a hit.

Kelly Robinson, a writer on horror movies, tells us about the twisted history of this long-thought-lost exploitation hoax, for which she provides one of two commentary tracks on the Kino Lorber/Something Weird release. Her Bram Stoker Award-nominated piece on the 1910 Edison Frankenstein film is in this issue of Rue Morgue magazine. 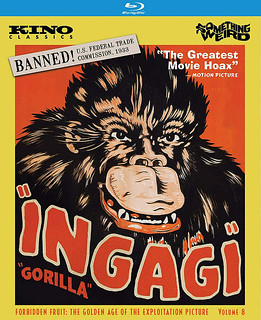 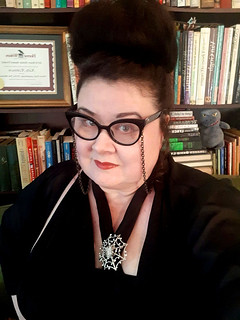 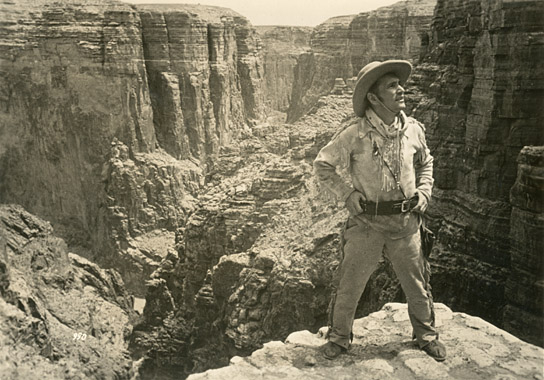 (26:47) Luis Trenker was one of Germany's top action stars and directors, known for his work in the "mountain" genre which pitted heroes against peaks and crags. Remarkably, three years after Hitler came to power, Trenker came to America to film a mountain film in the West—the story of Gold Rush pioneer Johan Sutter, The Kaiser of California. Though Trenker was not particularly sympathetic to the regime, there's a distinctly Gemanic air of heroic destiny to this superbly shot "western" that sets it apart from American films in the genre, as film historian Dr. Eddy von Mueller (who also does the commentary track) tells us. 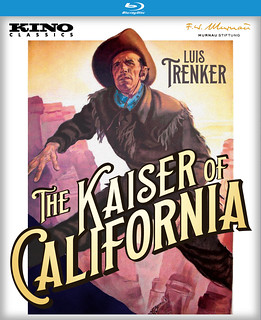 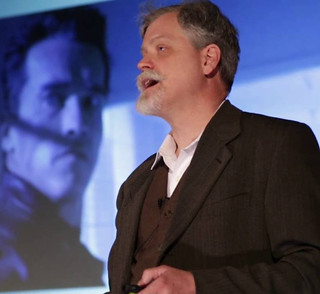 (53:51) In Hitler's Hollywood Suchsland ranks Grosse Freiheit Nr. 7 (Port of Freedom) as one of the best films made during the Nazi regime, and one that points toward a post-Nazi era with its melancholy portrait of sailors in Hamburg's St. Pauli red light district (recreated in Prague because of bombing in Hamburg). Film historian Olaf Möller, who has written for Film Comment and Sight & Sound and provides the commentary track on the Kino release, discusses why this film holds such a place in the hearts of Germans, as did its creators, star Hans Albers and director Helmut Käutner. 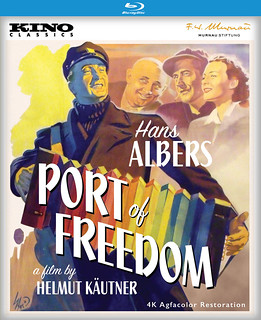 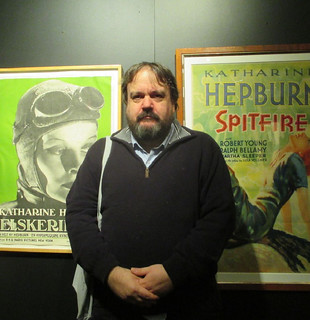 Port of Freedom comes out February 23 from Kino Lorber and The Kaiser of California comes out March 23; Kino has also released a postwar Käutner film, the noirish Black Gravel.

One quick note on the pronunciation of Ingagi, Bret Wood claims the African word is pronounced "in-gah-jee". This is on the making of clip as I recall, but yeah, even Mickey Mouse says "in-gag-ee."
Peter
Top

We have Moe Howard as the authority.
We need to preserve our old movies so that future generations may continue to misinterpret them. —Dave Kehr
Top

I've wanted to see Ingagi for years. It is referenced in a lot of comedies. The most memorable one for me is in A Lad and a Lamp when the kids believe Spanky has wished Cotton into a monkey, and Stymie goes to the police officer for help. He asks him what Cotton looks like and Stymie said, "He used to look like me, but now he looks like Ingagi." When the film goes on sale I'll snap it up.

Although I don't watch many German language films, opting more often to watch their silent films, I should. I love the sound of the language.
Come to the Picture Show!
www.columbusmovingpictureshow.com
Top

I especially love the impudent teddy bear Heinz Ruhmann(Nazi suck-up though he was), and the stoic romantic Hans Albers.
Top

I really enjoyed the podcast. Just a few thoughts:

Eddy von Mueller talks about how many German film people left Berlin after the Nazis took over in January 1933. I felt he makes it sound too much like a choice when for a great many people it was not. Sure, if you had been a political enemy of the Nazis you could reform. Just look at Piel (later Phil) Jutzi or Walter Ruttmann. If you were gay like Gustaf Gründgens that could be a little secret between you and the minister for propaganda. But if you fell short of the Nazis' idea of racial purity they simply would not let you work. They kicked you out of the Reichskulturkammer and outside of that all-encompassing body you could not find work in the film industry. A little while later a Jewish spouse was enough to get you blackballed, cf. Henny Porten and Joachim Gottschalk. Heinz Rühmann and Hans Albers dutifully complied and allowed their significant others to be dumped in Switzerland while they shacked up with more racially-pure replacements.

Also it was fiendishly difficult to get into Hollywood as a German emigrant. If you were not one of the handful of top names that the studios were happy to accept you had to find a sponsor to get a visa. You might also well be an embarrassment to a film studio that was worried about losing its share in the lucrative German market. And with a limited command of English and you not the only German refugee on the Pacific coast it would have likely been hard to earn a living. Just look at Billy Wilder's and Peter Lorre's first time in Hollywood.

What is also often forgotten is the at least ambivalent attitude towards the Nazis in the USA in the first years of the Third Reich. At the time communism was seen as the great menace and fascism was often viewed as a bulwark against it. In 1923 Samuel Goldwyn produced THE ETERNAL CITY, which is very much a paean to Mussolini's fascisti and features a cameo by the Duce himself. Even ten years later I am sure that sympathies for the Nazis in the USA were not restricted to Bund members.
"The greatest cinematic experience is the human face and it seems to me that silent films can teach us to read it anew." - Wim Wenders
Top

Olaf Möller talks about Luis Trenker's relationship with the Nazis. He makes many good points but I would like to add a few things.

First of all it is important to understand that the Nazis had no consistent ideology. What they used in its place was a kind of populist conglomerate - a hodgepodge of positions they hoped would appeal to the gut feelings of the German population. The ingredients of that conglomerate were often arbitrary and even contradictory - sometimes based on little more than Hitler's whims. Cut into that conglomerate and all positions fall quickly away to reveal at the centre simply an all-consuming desire for power (Cut into that centre and you find a death cult, but that is a different point). In the end the ideology did not matter once the Nazis had come to power because in their top-down authoritarian regime Hitler was always the final arbiter of what was acceptable and what was not.

Because the idea behind the Nazi ideology was to appeal to as many people as possible it is not surprising that there was enough overlap with Luis Trenker's beliefs to allow him to work with and for the regime. One of the areas where Trenker would have agreed with the Nazis was their creed of Blut und Boden - blood and soil - an emphasis on the importance of a rural farming lifestyle that was regarded as peculiarly German. This went together with a rejection of modernity as evidenced by city life. This was seen as a corruption of traditional German values and blamed on foreign, especially Jewish influences.

Strange then that in other areas the Nazis embraced modernity wholeheartedly. They built motorways, promised a radio and motorcar to every German household, massively invested in the latest arms technology and touted the virtues of mechanical innovation. Here we have that conglomerate of contradictory positions laid bare.

For Trenker as a Südtiroler - a Southern Tyrolean - there must have been a bitter aftertaste in 1938, when after the Anschluss - annexation - of Austria Hitler officially gave up any German claim on that German-speaking part of Northern Italy in order to hold on to his alliance with Mussolini.
"The greatest cinematic experience is the human face and it seems to me that silent films can teach us to read it anew." - Wim Wenders
Top

maliejandra wrote: ↑
Thu Feb 25, 2021 7:44 am
Although I don't watch many German language films, opting more often to watch their silent films, I should. I love the sound of the language.

I love the sound of Danish being spoken, especially in Dreyer films.
"The greatest cinematic experience is the human face and it seems to me that silent films can teach us to read it anew." - Wim Wenders
Top

I love the sound of Danish being spoken, especially in Dreyer films.

Currently in a crush with Lørdagspigerne: